Zappos – The Emperor has No Clothes? 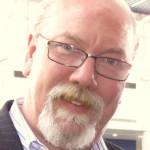 I am not sure if you saw this news story. Zappos got hacked on the weekend and data related to 24 million customer was exposed in whole or in part, see the story below. The most interesting thing about this event from my perspective was the last line in the article which states that due the the expected high call volume, Zappos is temporarily closing its call center. Zappos has built its reputation and success based on promoting their quirky, ‘no rules’, “show us your weirdness” approach to customer service and satisfaction. The knee jerk reaction to close the phones is, I think, insightful of the of what could be a triumph of marketing and positioning BS versus substance and a true customer focused organization. When people, customers are concerned that their personal data has been compromised and they are worried about identity theft is the time when they most need personal contact in order to hear an apology, receive reassurance and to begin to rebuild trust. Instead Zappos is forcing customers to deal through email, an antiseptic, isolating and impersonal channel, perhaps the Emperor has no clothes.

(Reuters) – Online shoe retailer Zappos told customers this weekend that it has been the victim of a cyber attack affecting more than 24 million customer accounts in its database.
The popular retailer, which is owned by Amazon.com, said customers’ names, email addresses, billing and shipping addresses, phone numbers and the last four digits of credit cards numbers and scrambled passwords were stolen.
But it said the hackers had not been able to access servers that held customers critical credit card and other payment data.
“We were recently the victim of a cyber attack by a criminal who gained access to parts of our internal network and systems through one of our servers in Kentucky,” Zappos chief executive Tony Hsieh said in an email to staff which was posted on the company’s blog on Sunday.
“We are cooperating with law enforcement to undergo an exhaustive investigation,” he added.
Zappos said it was recommending that customers change their passwords including on any other website where they use the same or similar password.
The company, which is well known for its customer service, said due to the high volume of customer calls it is expecting it will temporarily switch off its phones and direct customers to contact via email.