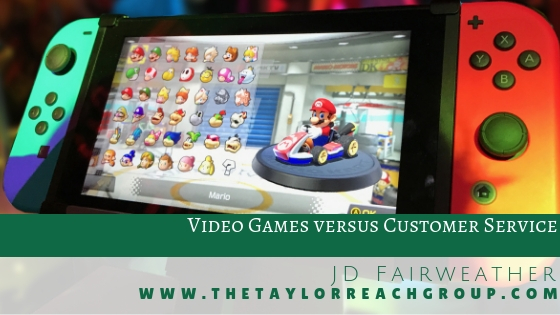 There was a time where video games were purchased, played and completed with no reason to interact with their creators. The enjoyment to be had was contained within a small window of experience and replay-ability reserved for the most dedicated of fans. Post-purchase interaction with the game developers or publisher was limited to a P.O. Box for comments and feedback.

As a dad of two young children, I’ve found myself picking up a controller often lately, and I’m amazed at how times have changed.

Gone are the days when you bought a game, took it home, played it until it was done and then moved on to something else. Most major video game companies are shifting to a “games as a service” model where you purchase a game with the expectation of playing it months, even years, down the line. The enormous potential financial benefits of this extended shelf-life, when executed-well, make it enticing for board members and shareholders who invest millions in development and advertising. Successes like Overwatch, Counter-Strike, and, more recently, Fortnite, are outstanding examples of the benefits of long-term services with lucrative micro-transactions, like “loot boxes” and “season passes”, that keep the dollars flowing month after month.

But the model is proving hard to execute. When gaming companies stumble trying to live up to their marketing promises, their lack of customer service and support processes is exposed.   That has become even more visible with the recent launch of high profile games like Electronic Arts’ Anthem and Bethesda’s Fallout 76. These games, considered AAA or Triple-A, have high development budgets and levels of promotion, so they are expected to be high quality games and among the year’s bestsellers.

Games as a Disservice

Bethesda’s Fallout 76 is a multiplayer retro-futuristic post-apocalyptic online world in which the player’s character is tasked with restoring civilization with other players. You emerge from an underground vault in the setting of West Virginia to discover things aren’t as expected.

And that’s what many gamers discovered when they loaded Fallout 76 for the first time to discover what was promised was not what was delivered.  With pitchforks and torches in hand, they stormed gaming forums with complaints of glitches, instabilities, undelivered features and a mysteriously swapped nylon bag. Customers who submitted tickets to Bethesda also were in for a surprise when it was discovered their sensitive information was accidentally leaked to the public. And then, for some reason, Bethesda went silent.

With no reassuring statements from Bethesda, unhappy customers only got louder. When Bethesda finally responded, the messages didn’t always align with the corporate intent. One memorable support response read, “We aren’t planning on doing anything about it.”  That unhelpful message was blamed on a contracted customer service representative, and the experience continued to spiral downward. By the time Bethesda finally got a corporate approved message together, they had already become the meme for “games-as-a-DISservice”.

So what can the gaming industry learn from this? What best practices in customer service can be adopted from non-gaming industries?

First, you should always keep talking.  Unless the silence is a frantic attempt to refund everyone, keep communicating to your fans and paid customers. The internet has a way of amplifying and over-exaggerating an issue; your silence only makes the frustration louder and encourages the trolls who will come to feed on the mayhem.

Immediately craft both an internal communication to your employees and an external message to the customers. This message will set the tone for how your staff will reply to customers and how customers will receive them. Avoid the “robotic, PR crafted, legal jargon, edited by the Chief Financial Officer” response. Instead, draft a genuine apology with clear goals about your next actions. That’s not to say you shouldn’t consult your legal team, because, if you’re not careful, that class action suit will likely follow.

Getting a message out quickly will also help reduce volume spikes of inbound contacts through your different contact channels.  A simple message could say “I am sorry we disappointed you.  My staff and I are looking at what can be done quickly to regain your trust and improve the product. We will provide you with a more detailed response on — “. A message like this will help reset expectations and keep customers from asking the same thing over and over again.

The company should take full ownership of the disappointing experience at the highest level of the organization.  Avoid throwing your developers or customer support team under the bus. Their egos and morale are likely bruised, so it’s important to remind them of the importance of the work they do, both as the front-line support for frustrated customers and those tasked with the responsibility of fixing the product.

The road to redemption will take time.  Rebuild trust by setting achievable expectations and meeting them. Prepare your contact channels for each expectation milestone by providing example scripting for handling questions about what has changed and what’s to come. Get the conversations moving in a positive direction and, over time, the crisis will be forgotten.

With a good strategy and reassuring communication, it doesn’t have to be “Game Over.”

To find out more about how Taylor Reach can help your company with improved customer experience, CLICK HERE to schedule a free consultation.

Improving CX on a Budget

Trusting those you trust with your most valuable asset