Greg Smith channels Jerry Maguire or Does He Protest to Much? 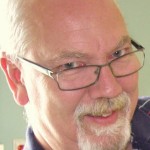 By: Colin Taylor
I read with interest Greg Smith’s op-ed piece in the NY Times where he publicly resigned from Goldman Sachs.

As I read the piece I was struck by a number of things: first, that he seemed to be channeling Jerry Maguire that great 1990’s movie most famous for the line “Show Me The Money”. In the movie a sports agent has an epiphany that business isn’t just about making money, but that it could actually be about helping and looking after your clients. There is a great quote speaking about the title character as “a little piece of integrity in this world that is so full of greed and a lack of honorability”. Well Mr Smith certainly seems to be playing this role. The second thing that struck me was that maybe he “doth protest to much”. No where in the piece does he offer to return any of the likely millions of dollars he made at Goldman Sachs, nor does he take any responsibility for his own actions, or inaction, such as correcting a junior analyst perspectives. My guess is that it is easier to blame the boogeyman or CEO for all of the things that went or could go wrong. Of course ultimately if things do go wrong and the company clients lose confidence in the organization then the blame will reside squarely on Lloyd C. Blankfein’s desk. But that hasn’t happened yet.

Smith seems to have grown to realize that Goldman Sachs is out to make money and that sometimes what is best for the company is not always what is best for the client. This is a reality in any business and ultimately the market will decide how well any company walks this fine line. For my part I don’t think this is ambiguous in any way, Customers Must Come First. This fact appears to have been slow to dawn on our Mr Smith, as he states “Over the last 12 months I have seen five different managing directors refer to their own clients as “muppets,” sometimes over internal e-mail”. Now I have heard people, clients included called much worse than “muppets”, and yet it is “muppets”, and making money that appear to be the evidence cited by Mr Smith when not interspersing his resume throughout the piece: his job activities, who he advised, his proudest moments, his education and his table tennis prowess.

I believe Mr Smith when he says the loss of culture is dangerous. Any of us who have run a business know that culture is a fragile life form that must be nurtured, properly feed and watered and even pruned occasionally. But I also know that building positive culture is the job of every executive in any organization. The role of the executive in combating negative culture is to, in the words of Shakespeare “To take arms against a sea of troubles and by apposing end them”

At least that my take on it.

One thought on “Greg Smith channels Jerry Maguire or Does He Protest to Much?”