Each Interaction is a Chance to Delight or Disappoint 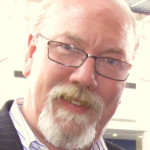 I was sitting on my deck this morning a looked toward the lake and noticed the 6‘metal post I have installed, next to the garden. On this post there used to be two satellite dishes one for the television and one for internet. In the past few weeks I have had the occasion to need to upgrade both of these services. As many of you will know cable and internet are two of the worst rated consumer services for customer satisfaction and it was with some trepidation that I embarked on my journey to deal with their respective customer care teams.

My house is a couple of hours outside of the city and as a result I do not have access to traditional cable of internet options. The solution for me has been satellite for both. In short order over a few weeks I had to call both providers; the head burned out on my satellite internet dish and the receiver for my satellite TV also died. My experiences with both customer service organizations were very different. 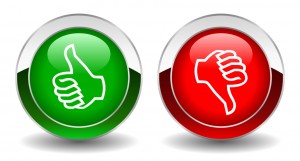 When I called Xplornet I was informed that the new 4G satellite was now available and that I could upgrade to this service for less than the cost I had been paying for older technology – great news, so I requested an appointment and was told the installer ‘in my area’ would give me a call to set up an appointment. A couple of days later I received a call from the installer and set up an appointment. On the appointed date and time I sat and waited for the installer to arrive, and waited and waited. I called the installer to see if there was a problem. The call went to voicemail. After a second left message and a few hours later I left, no installer and no satellite internet. I called Xplornet back and reported my no show and requested a new installer, as I didn’t want to patronize the one that had left me high and dry without a call or response, ever. I was assigned a new installer and they called me the next day to set up the appointment, so far so good. So I headed back to the lake to be there when the installer arrived. But this was not to be, as I poured my first coffee as I waited the phone rang it was the installer saying they couldn’t come today as one of their staff had quit. Disappointed, but undeterred, remember there is no other real internet option at the lake, so I rebooked for a week later. Hallelujah, the installer arrived and surveyed the property. After climbing about on the roof, cabin and shed, he announced that I would need a post installed. Now this didn’t surprise me as I had mentioned my current dish was on a post to each of the installation firms I had spoken with. Unfortunately my installer was only on his second day on the job, apparently he had replaced the installer that quit, and he was unaware how they would treat a pole installation, but promised I would have a call back the next day to let me know. Well three days later I called back and was told that this firm “didn’t do poles”. No mention of my promised call back, no offered solution, just we don’t do that. I was beginning to despair about ever getting internet again, when I decided to up my game.
In a previous life when I was running a large call center outsource BPO I had occasion to work with a large Canadian cable and wireless company had had spoken with their then CFO on numerous occasions. Well guess who happened to be a senior officer at Xplornet? I reached out to my contact at Xplornet and shared my frustration. I quickly received a response and commitment to help me fix my problem. With 24 hours I had spoken to operations staff and been assigned a new installer. I received a call from the installer to set up an appointment. The appointment was held; the installer was on time and quickly had me up and running. This example shows a great service recovery. Immediately I began speaking about the great service recovery rather than my initial problems.

At almost the same time as I was experiencing my internet issues, my satellite TV receiver failed – no lights, no signal, no service. I picked up the phone and dialled the provider, Shaw on their toll free number for customer support. My optimism flagged as soon as I got out of the automated IVR (Interactive Voice Response) system and heard those dreaded words, “we are experiencing higher than normal call volume”. While this message, I know can be an excuse for poor forecasting and scheduling, I had no reason to suspect this was the case. But with this phrase I knew I could be in for a long wait, how long was the only question. The Shaw call center was quite helpful in this regard, “we anticipate answering your call in approximately 60 minutes”. Wonderful, it would be quite a long wait. I held for a few minutes longer hoping for the opportunity to leave a call back number, but no such option was presented. After 42 minutes on hold in queue, I received another call and regretfully dropped my call and place in queue. A few hours later I was once again able to look at addressing my lack of television issue and once again dialled the toll free number. Once again more than 60 minutes to answer was identified. Though I couldn’t be sure, I assumed that my receiver was dead and had burned out. While dutifully sitting on hold, in queue, I decided to drive to town and see the local retailer to see if they could assist me. I packed my ‘dead’ receiver into to the car, put the annoying hold music into my ear-bud and drove off. A twenty minute drive later and I was in the reseller office. After a five minute discussion and a quick power on test (it failed) I had a new receiver and jumped back in the car for my return drive. I got home plugged the new receiver in and powered it up. In a couple of minutes I had signal and was once again watching television. At minute 58 I hung up my call with the Shaw call center, as I no longer needed their services.

These two experiences underscored a number of points for me, which all service organizations can take to heart;
1. Even if you have challenges during a service dialogue, as long as you are talking to the customer you can still recover. Xplornet did this with some help from me and ultimately prevailed.
2. Choose you partners and suppliers carefully. When the installers didn’t show or couldn’t help, did I blame them? Of course I did, but I also blamed Xplorenet, after all they had chosen these installers to be partners in the first place.
3. Be accessible. Now I have no way to know if Shaw really was experiencing higher than normal volume, or if staff was appropriately scheduled, or if all of the staff scheduled to work showed up for their shift. But I do know that 60 minutes wait times at two different points of time during day is unacceptable. If there was an underlying network issue, they should have surfaced this on the IVR and provided an ETA for repair, if there was not a significant outage, where were all the calls coming from? Regardless of the cause the fact that I couldn’t get through to the call center, was frustrating and time consuming. There are always ways of being accessible: Email, chat, voice through an overflow service provider, voicemail, and of course call back messaging: the solution I had hoped for but didn’t get, that would have let me leave my number and have the phone system call me when it was my turn in queue. It is not surprising the this call back option is one of the most popular service improvements from a customer perspective, as it allows them to get on with their life without sitting and waiting for their call to be answered. In my situation, because I couldn’t reach the call center, I had to take matters in my own hand and drove to the retailer. While at the retailer I could easily have purchased the competitive product. Had I reached the call center I likely wouldn’t have faced that choice. Why would any company want to place a customer in front of the competition, especially while a little frustrated at your service?

Today I am still with both Xplornet and Shaw. The internet and satellite TV both are working well and trouble free. Each interaction we have with a company will influence our opinions and views of the organization. Each of these companies has in my mind has been changed by these recent service events. I have gone from having no real opinion of either company, to now having opinions and perceptions about how they will act going forward. Xplornet I know will get the job done and I believe is working to improve their processes. Shaw on the other hand remains unknown. Despite two abandoned calls from the phone number associated with my account I have had no contact. My perceptions of Shaw have degraded, I really wonder about their commitment to serve their customers and only hope I never have to call them again.