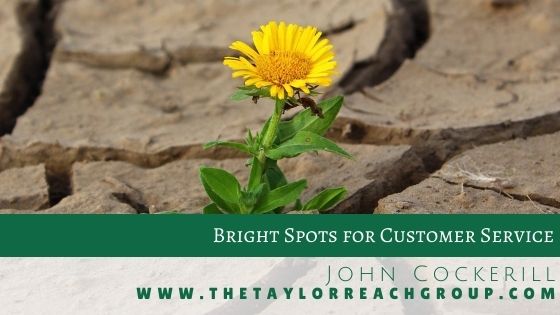 Too often as professionals in Customer Service we report and write about lousy service, long wait times, poor follow through, weaseling phases in terms and conditions, too many steps to get satisfaction plus many, many more.

Today I share two bright spots of a personal experience. First, Google and their Pixel phone. I bought an upgrade phone last fall a Pixel 4a. I was and am delighted with it. Recently the touchscreen functions started being a bit wonky. Upon asking the carrier there was no help but the issue was not just in my mind. The pinch and zoom in maps and photos didn’t. The keys became laggy and swipes were erratic, though they still worked. So, after some not successful self-help and exploration, I found how to get in touch with Google buried in their Pixel support pages.

My confidence was low. My experience with too many large firms led me to think this was going to be a long hard process. First surprise was you can’t call them. They call you. So, I put my information into the request line expect to hear sometime, but not knowing when. Within moments the phone rang, and the auto attendant said it was Google calling as requested and that an agent would be with me shortly. In less then 15 seconds an agent was on the line.

I shan’t bore you with the details of the call. The agent asked clear concise questions about the phone and my account. She had the details at her end in moments. Short diagnostic question followed. There some things I had to do first, then start the call again. She took notes for the file for the next agent. I followed the steps and an hour or so late made the same call. Again, as before, an agent was on the call with me to walk though the balance of the process. At the end of which he agreed this was a valid warranty claim and I had two options. I chose and accepted a replacement. Two brief emails were sent to confirm the transaction and to dispatch the phone. In those emails the stated time to receive a new phone was 4 to 10 days. That was OK. I could limp along with my old one.

Now all of you are thinking, “my what a patient man,” my wife disagrees. But to my surprise and pleasure, less than 36 hours after agreeing to the option UPS was at my door with a new phone. Under promise and over deliver is wonderful. Setting the bar and a client’s expectation is important. Then do better.

So, a shout out and kudos to Google and the Pixel Team. Well done from someone who knows how hard and rare this is.

Next a smaller firm but similar story. Sport Dinaco a distributor of footwear in Canada is the supplier of Lowa Hiking Boots. I’d bought a pair of Renegade Boots last year. Very comfortable and I love them. Used them for most of the last year. I also bought a care kit from Lowa as well early this spring. However, recently I’ve noticed that the water not beading as it should and the leather is getting wet. Now I as I am hot when hiking, I expect the inside of the boot to be moist but not wet.

So, a call to the Lowa 800# put me in touch with their support department at Sport Dinaco. I spoke with ‘J’, who carefully and patiently went though a few of questions and answers. Asked for a copy of my receipt. Who keeps receipts from a year ago? But she helpfully suggested that the retailer, Sporting Life, likely would have a copy. They did and sent it electronically to me after I called them as well.

With that in hand and sent, J went through a couple of options and did a reality check with me. As a distributor they don’t hold a lot of stock. Even if I wanted and they agreed to a replacement they expect new stock in February 2023. J directed me to Sporting Life again to see if they could be of any help. Sporting Life also didn’t have stock.

I sent the boots back to Dinaco for waterproof testing via overnight shipping. This was on Monday. The following day I email J to let her know they were on their way. Within moments I received a reply, the boots were already there and being tested. Prompt responses are wonderful and reassuring.

Monday of the following week I got a call from J to say that the boots were waterproof but the leather still took on moisture. The only solution was to use the conditioning cream and water repellent. She was clear and direct that leather is a natural product but if not kept in good condition is prone to lose its waterproof capabilities. This was frankly one of the nicest let downs I’ve ever received. Most likely I admit due to ignorance, I didn’t treat the leather soon enough after getting the boots. My error. Live and learn. The boots still worked and I just have to be more attentive to their care.

J shipped the boots back along with new laces as she said mine were tattered. Also adding in the booklet that should have been with the boots directing how to care for them. Nice touch really. All in all, this was a wonderful experience. Not the outcome I’d hoped for but one that would work for both Dinaco and me.

There are always opportunities to impress, especially with complaints and customer service calls. In both these cases the companies did well. Dinaco and J did especially well. They know that they and Lowa have an advocate.

It is often the case when an issue is dealt with professionally and with a bit of a personal touch that the bonds between the consumer and the company are strengthened. Too many firms only look at the cost of service not at what the service does to strengthen bonds with the customer. Marketing is often glib about developing relationships with customers. It is only after the sale that the relationship is built and maintained, not before. Good service builds the brand and is not an expense line. Well done, Google and Dinaco, for your service. Thank you both.

To find out more about how Taylor Reach can help your company with costing, attrition, agent retention, and training, CLICK HERE to schedule a free consultation.

Improving CX on a Budget

Trusting those you trust with your most valuable asset