Brexit – Good for the Irish Tech and Call Center Industry? 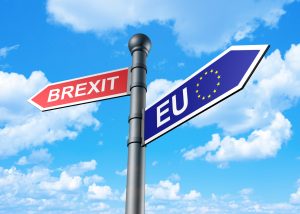 Which Direction for Tech and Call Centers

As an avid participant in the tech industry for the last quarter-century, I have seen a lot of change. Let me start by saying I do hope that Brexit won’t be of much note as we look back on the UK tech scene in five years’ time. That said, I have not encountered a single colleague who is not surprised, saddened and concerned by the result. Voters expressed their concerns based on emotions rather than economics, highlighting the cultural issues that immigration has caused in many communities, and the perceived loss of control to European institutions. Which leaves UK firms to figure out their own way forward in a new economic and political landscape.
The debate about the UK’s trade and immigration policies will continue for the next few years, and if one thing is certain, the accompanying uncertainty will cause firms to delay plans for change, and this will create recessionary forces in the UK economy.
I have been enjoying the freedom of Europe as a UK citizen living in Ireland for the past 18 years, and I can honestly report life is good here. I heartily sympathise with my UK colleagues who must now deal with the Brexit consequences. Ireland has done well from its EU membership since 1973, and most people here see themselves as European citizens. The recent bailout after the 2008 crash was contentious, however the EU prescribed medicine was taken, and the patient is now healed and active again, albeit saddled with significant debt. Ireland will remain in the EU for the foreseeable future.
Tech businesses here are eyeing the political and economic fallout in our nearest neighbour and, after breathing a sigh of relief that we are still in Europe, are trying to gauge the impact on our own vibrant tech industry.
There have been some knee-jerk reactions from UK tech companies announcing a shift of operations into Europe, and Ireland is well placed to pitch for their business. Others have deferred expansions and some such as Lloyds Bank have downgraded their outlook and announced thousands of redundancies.
Here are some of the main pros and cons for doing business in Ireland vs rest of Europe:
Pros
• English speaking
• Excellent education system
• Closest neighbour with good travel links
• Good power and network infrastructure
• Low corporation tax
• Pro-business culture supported by state agencies
Cons
• Higher cost base than many eastern European countries.
• Lack of housing and accommodation
• Underdeveloped public transport system
• High personal taxes
So what are some of the likely Brexit impacts on the Irish technology sector?
Availability of skilled staff. UK software businesses who rely upon a steady flow of skilled staff from across the EU are worried about potential impact upon their existing EU workers and whether recruitment will become more difficult when Brexit is invoked. A valid concern because immigration was the major issue in the vote, so the UK cannot allow the current freedoms to continue. These firms may look to relocate or establish satellite operations within Europe, and Ireland is conveniently close and English speaking. Whilst the increase in economic activity is welcome, it will mean increased competition for skilled staff, and potentially more immigration into Ireland.
Access to UK markets. This becomes tougher due to the falling pound, however currency swings are something Eurozone-based firms should be used to. Neither can I see the UK raising tariffs on Irish and EU based services, so whilst competitiveness may be impacted, unless the pound falls further businesses selling unique services into the UK should be OK.
In contact centres, multi-lingual skills are required to service a pan-European or global business. Ireland has been good at attracting native language speakers from across the EU, and conversely it will become more difficult in the UK. Centre operators in the UK are faced with uncertainty regarding current and future staff from Europe, uncertain economic conditions and uncertainty of the suitability of their UK based centres to support a European market. We will likely see more investment in the multi-lingual BPO sector in Ireland, and possibly wholesale relocation of centres into Ireland and beyond. Most multi-lingual contact centres are comfortable with English as the primary language and Ireland is unique in Europe in this respect.
Future Investment and progress. Often overlooked, the uncertainty of the economic environment in the UK may stall investment and expansion for a period of time. Un-hampered by this, tech businesses in Ireland should grab the opportunity to expand and innovate to gain advantage over their UK rivals.
With an English speaking, well educated workforce and pro-business attitude, it all looks good for net expansion of the Irish tech scene. However in the short to medium term, an influx of tech business may create skills shortages and yet more competition for places to live.
If your contact centre business may be affected by Brexit and you would like to discuss options with a truly independent party, contact the Taylor Reach Group Inc. for more details.
Peter Elliot advises businesses on best practices in customer service and data analysis, and with the Taylor Reach Group helps contact centres benchmark, improve, expand, consolidate and relocate their operations.