Are Extroverts or Introverts better agents in your Call Center?

By: Colin Taylor
There has been a prevailing wisdom that extroverts make better call center agents for telemarketing or outbound calling. After all they have outgoing personalities, they are more easily motivated and get a rush from success. I have worked with many centers where despite this of the forgoing being true, extroverts don’t perform better.

My own experience is supported by research completed by Professor Adam M Grant from Wharton, who studied the personality traits of extraverts working in call centers. The expectation was as cited above that extroverts would be more successful than introverts at Telemarketing. But the research found that there was zero correlation between extroverts and cold calling success.

“Extroverts made wonderful calls”, says Grant, but they would soon get distracted and they would lose focus. The introverts however, “would talk very quietly, but boom, boom, boom, they were making calls. Introverts were more focused and disciplined.

The only extroverts who out performed introverts, were those who also scored very highly on the personality trait of Conscientiousness. 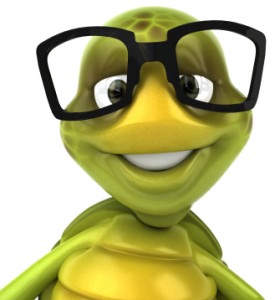 Extroverts likely made better calls, but generally were not persistent. Introverts, though their calls may have lacked the passion and flash of the extroverts, were more persistent. Like the proverbial tortoise and the hare, in telemarketing success, Slow and Steady wins the race.

One thought on “Are Extroverts or Introverts better agents in your Call Center?”